Comments on the article The Hispanic Challenge of Samuel P. Huntington 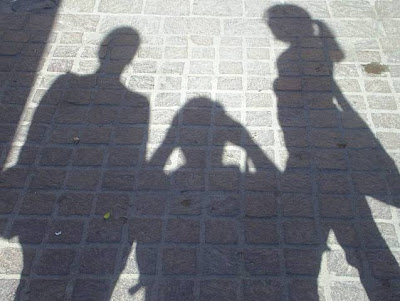 The Hispanic immigration in the USA: Hispanics facing a challenge in America or Americans viewing Hispanics as a challenge

As Angela, a 23 years old woman from Veracruz, many Mexicans have a relative “en el otro lado”, as they usually call the neighboring United States. Angela’s father is now in jail after trying to enter illegally the USA for the fifth time. Angela´s father story is the other face of the coin, the unsuccessful story of a man who partially reached his American dream. He could cross the border but in order to be sent straight to prison. Now his fate depends on the Homeland Security that sooner or later will deport him out of the country and will impede him coming again.


Angela’s father was arrested last year; however, his case is not the only one. It is just a sample of the many that have occurred during the last forty years, which are still very common these days and that probably will go on for the time to come.


Because of people like Angela’s father, Samuel Huntington writes an article called the Hispanic Challenge. In principle, to denounce the crack of his country for the blame of those Hispanics, and especially Mexicans who do not stop coming to the United States of America. And that are modeling a new society with more brown people, who send money to their home countries through Western Union or Moneygram, believe in Guadalupe and on September 16th shout out “¡Viva México, cabrones!”


For Huntington Hispanic immigration will cause the division of the country. I can mention that Huntington sees the presence of the Hispanic immigration and the Mexican one in particular, as the elements that will produce the division of the United States. This division will be geographic. Spanish speaking population predominant in the Southwest of the nation: in states like New Mexico, California, Arizona, Texas, etc. The raise of the Latino people as the second group to the detriment of African Americans. Thus creating a new opposition: white Americans/Hispanic Americans and eventually a country in a country. Let’s see in Huntington’s words how he foresees the situation:


"The persistent inflow of Hispanic immigrants threatens to divide the United States into two peoples, two cultures, and two languages. Unlike past immigrant groups, Mexicans and other Latinos have not assimilated into mainstream U.S. culture, forming instead their own political and linguistic enclaves" (…) (Huntington, 2004: 29)

Regarding the Latinos, I would like to underline the black and pessimistic vision of Huntington about the situation. First, he stands out the poor education the Hispanic immigrants bring, their poor skills for work and the illegal way of entering the country. Part of this is true in Angela’s father. He never finished High School, but this does not mean he will not be good in agricultural jobs where white Americans are not necessarily brilliant. Not because Americans do not have the skills, but for their refusal of the low wages that are blessings for Mexican immigrants.


In his article Huntington also seeks to wake up the American spirit of his fellow countrymen in order to preserve their status quo. On describing the possible future of his country, he is making aware the Americans readers of the article that a menace is just around the corner. This threatening worries him because will challenge the supremacy of the white Americans represented in their language; English, their religion; protestant, the origin of the immigrants; typically seen as people coming from far lands; Ireland, Scotland and different European countries.


As a personal reflection, I can say that Huntington is writing this article as the spokesman of the group in power. The fear of Huntington is the fear of the white and protestant Americans who do not want to lose their privileges in the American society. In this sense, it is a challenge for them to uphold their social status and keep their spaces in their own country.


It is a challenge for them to keep their English language and maintain it as the only important language of the country. This is of capital importance because through language they can try to force Hispanic immigrants to assimilate to the American society, epitomized somehow in the white and English speaking Americans.


On the other hand, Hispanic immigrants and more particularly Mexican immigrants have the challenge of gaining recognition from those white Americans.


The situation has to change. The idea of the Hispanic immigrants as uneducated and low-educated people must be reversed. As well the idea that all Hispanic immigrants have entered illegally in the USA and that they preserve in all cases the Spanish language.


Latinos have to demonstrate they are capable of doing what white Americans do. They also have to prove they can help the Union in its development. There is a stigma on them, so their challenge is to create a new opinion about them.


Huntington’s article, in my opinion, it is very conservative and tries to deny the course of history. Societies evolve and maybe the time has arrived for Hispanic Americans and new immigrants of Latin origin to gain recognition and a broader place in the American society of white Americans.


The original article is available here