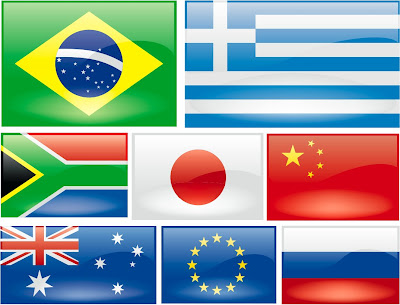 How to learn? Early and often

PARIS:Ana Gabriella Rodriguez, 23, a graduate student at the Institut d'Études Politiques in Paris, regularly impresses the people she meets with her ability to switch effortlessly among five languages: English, French, Spanish, Portuguese and Hungarian.

The daughter of Venezuelan diplomats, Rodriguez has lived in Caracas, Washington, Lisbon and Budapest, in addition to Paris. She plays down her linguistic ability. "If you had grown up in all the places where I've grown up, you'd be multilingual, too," she said. "It's really not that difficult.

"That modest attitude may have a scientific foundation. According to Fred Genesee, a professor of psycholinguistics at McGill University in Montreal, a child simply needs to be exposed to a different language for at least 30 percent of his or her waking time to acquire it. That means that up to three languages can be learned simultaneously, although the learning process will be more complex, in particular for the adults doing the teaching.

"Parents or caregivers must ensure that children get a certain amount of exposure to the language, and that this exposure is consistent, continuous and rich," Genesee said. If a consistent "language system" is followed, then learning several languages comes as naturally to a child as learning one, he said.

Recent studies show that learning several languages may even increase brain power. Last October, researchers at Dartmouth College in Hanover, New Hampshire, presented the results of a study that used an optical imaging technology called near infrared spectrology to compare the brain activity of bilinguals and monolinguals. These showed similar brain activity for both categories when speaking one language, but an increase in activity in both the right and left hemispheres in bilinguals when simultaneously processing each of the two languages.

"For decades, people have worried that the brains of bilingual children are somehow negatively impacted by early experience with two languages," Laura-Ann Pettito, the study's senior scientific director, wrote in Medical News Today, an industry journal. "The present findings are significant because they show that the brains of bilinguals and monolinguals process their individual languages in fundamentally similar ways, except for the one fascinating exception that bilinguals appear to engage more of the neural landscape naturally available for language processing than monolinguals, which is a very good thing.

"This is good news to parents like Aidan and Agnieszka Walsh, who live in the Netherlands and are bringing up their two children in their native tongues, English and Polish. "Dutch people sometimes think that a child will fail at school if they are not hearing Dutch at home," Aidan Walsh said. "This is not true, but we still have to live with this perception."Because their cultures tend to be monolingual, Americans and many West Europeans are often amazed when they meet somebody with the ability to speak more than one language, let alone four or five. In reality, more than half of the world's population is bilingual, due to ethnic diversity within communities, the legacy of a colonial past or economic necessity.The Philippines is a striking example of a multilingual community. The average Filipino speaks one of the 120 local dialects, as well as Filipino and at least basic English.

"The Filipino monolingual is the exception rather than the rule," Andrew Gonzalez, an educator and linguist, wrote in 2006 in the Filipino daily The Manila Bulletin. "Monolingualism occurs only if the person lives isolated in the mountains or in remote islands without access to mass media or any kind of schooling.

"Education systems across the developed world have begun implementing foreign language classes as early as kindergarten, as opposed to junior high schools as was previously the case. But to achieve perfect fluency, a language should be taught even earlier: research shows that an infant's ability to detect different sounds and hear the nuances in foreign languages diminishes after the first six months of age. Japanese babies, for example, clearly hear the distinction between "r" and "l" sounds, something adult Japanese struggle to discern.

However, for both children and adults, the key element in learning to speak a language is the need to communicate.

"My advice to adults struggling to learn additional languages is to be sure to immerse themselves in an environment where the new language is needed, so that they are compelled to use the new language for real communication," Genesee said.